With the election less than three weeks away, and ballots on their way to voters, young people are speaking out with an urgent message: this election is critical for their future.

After watching last week’s Youth Climate Action Facebook Live event (if you missed it, watch the full recording here!), I’ve been thinking a lot about these young peoples’ experiences, especially Samantha’s: “I’m a junior in high school,” she said. “What I should really be worrying about now is things like essays, and what show I’m gonna watch next week. But, instead, I’m forced to worry about if I’ll have a world to live in in 20 years, and what that world will look like.” 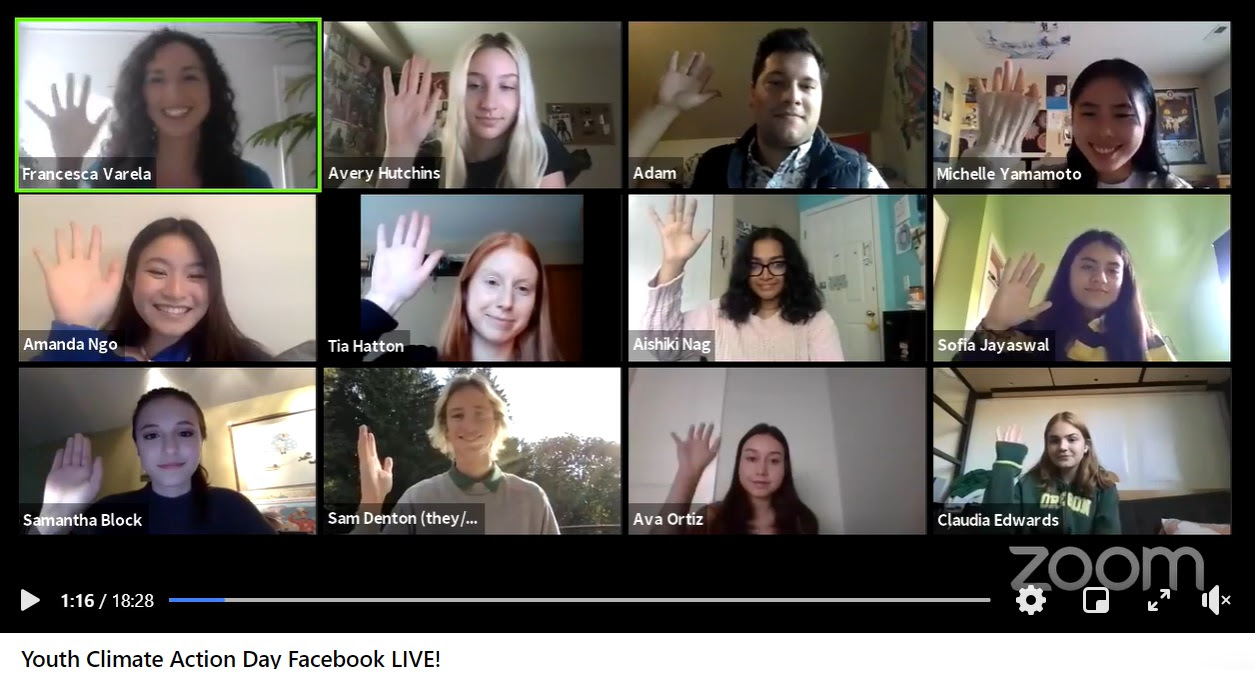 Young people like Samantha shouldn’t have to worry about whether or not they’ll inherit a livable planet. It’s up to us to create the kind of future they deserve—one where we transition to clean energy, and prevent the worst effects of climate change from ever taking place. And we can do that—and need to do that—by voting for climate champions this election.

Ballots are on their way to voters right now. Do you know who you’re voting for? Our endorsement page is a great place to start. Please share it with your friends, your family—everyone you know who wants to vote for climate champions in this election! And, to help us continue to spread the word, will you share our short video of youth climate activists on Facebook or Twitter, to remind people why it’s so important to vote this election?

One climate champion who will be on all of our ballots this year? Senator Shemia Fagan for secretary of state. I can’t say enough good things about Shemia. As a state senator, she fiercely stood up to big polluters and to Republican lawmakers who walked out on the Clean Energy Jobs bill. She refuses to back down, because she knows how important climate action is for Oregon’s future. That’s why OLCV is proud to endorse her for secretary of state. Meanwhile, Shemia’s opponent, Republican Senator Kim Thatcher, was recently listed on LCV’s Dirty Dozen in the States list, marking her as one of the most anti-environment candidates in the country for her ties to extreme anti-climate groups like Timber Unity. Please make sure to vote for Shemia for secretary of state! There’s no one better to defend our democracy and fight for our future.

And, this year, we also have the chance to get climate-deniers out of office—Republican lawmakers who have been bought out by fossil fuel companies, and who have upended our democracy by walking out to kill climate legislation. This is our chance to say enough is enough. This is our chance to vote them out, and to elect climate leaders who will vote for climate action in the future. Find out who the climate leaders in your area are by checking out our endorsements!

The next generation is watching us. What we do this election matters. It’s up to us to vote for candidates who will support science-backed solutions to the climate crisis; solutions that will make our communities more resilient to the extreme wildfires, drought, and heatwaves that we’re already seeing get worse year after year. We can’t afford not to take action—help us save the future by voting for climate champions this November! Voting by mail now has completely free postage: just make sure to get it mailed back by Oct. 27th. Or, you can drop it off at an official drop box location by 8pm on Nov. 3rd. Please share our endorsements far and wide on Facebook and Twitter, and let’s get voting!