Are Oregon’s Senators and Representatives standing up for our values in Congress? Are they fighting to protect public lands, stop the Trump administration’s rollbacks on clean air and water protections, and transition our country away from fossil fuels? It’s time to find out!

Last week, our partners at the League of Conservation Voters (LCV) released their 2019 National Environmental Scorecard. This important tool holds members of Congress accountable for their environmental track record, scoring them on how they vote on environmental bills.

During a difficult year under the Trump administration, Oregon’s members of Congress have been fighting for us, for the environment, and for a better future. Both of Oregon’s senators—Senator Ron Wyden and Senator Jeff Merkley—stood out as champions for Oregon’s people and places, earning 100% scores. Help us say thank you to Senator Wyden and Senator Merkley: share our post on Facebook and/or Twitter! 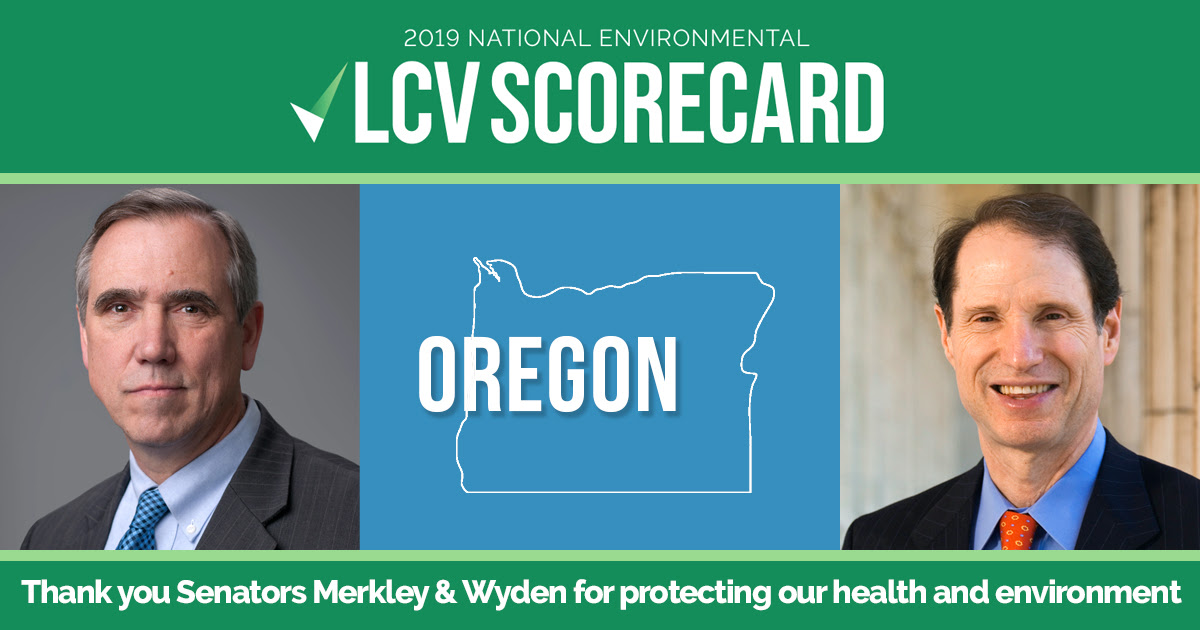 Most of Oregon’s Representatives also received high scores, voting to protect the environment and invest in a better future through public lands packages, bans on oil and gas drilling, higher standards for air pollution, recognition of climate justice and the cost of climate change, and more. Check out the 2019 National Environmental Scorecard to see how all of Oregon’s members of Congress scored!

With Trump in office, there’s only so much that our representatives in Congress can do to take action. That’s why it’s more important than ever for states to take matters into their own hands. Earlier this week, Governor Brown announced an historic executive order for climate action that will drastically reduce Oregon’s greenhouse gas emissions and put us on the path to a clean energy economy. This is the kind of bold leadership that Oregon needs! Time is running out to address the climate crisis. If we want to preserve a healthy climate for the next generation, we all need to work together at both the state and national level, and we’re grateful to leaders like Governor Brown and Senators Wyden and Merkley who are helping make that happen.

As environmental voters and advocates for a better world, it’s never been more important to stay informed. Reading LCV’s National Environmental Scorecard is a great way to hold Oregon’s representatives accountable for their environmental track record. How they vote in Congress affects all of us here at home. We hope you’ll take a look and share the Scorecard with your friends and family, and help us thank Senator Wyden and Senator Merkley on Facebook and/or Twitter for representing Oregon values in Washington D.C.