This morning, the Senate Gallery was packed with youth climate activists, some of them as young as twelve. They watched as Senate President Peter Courtney spoke to the Senate Democrats and the still-empty Republican seats: “House Bill 2020 does not have the votes on the Senate floor,” he said.

Eleven Senate Republicans have brought our state to a point never seen before. And giving in to their demands irreparably scars our democracy. We, the voters of Oregon, have elected a climate champion as our governor. We have elected a pro-climate Oregon House, which just over a week ago voted 36-24 to pass historic climate action with the Clean Energy Jobs bill (HB 2020). And, we have worked tirelessly–thousands of us across the state for years–to elect a pro-climate majority Oregon Senate, which is being barred from voting.

Our democracy depends on voting. We can’t let the Senate Republicans change that.

We are not giving up. Not on Clean Energy Jobs, and not on our democracy. If you are tired, so are we. But we are going to get this done. And here’s why:

“It’s not just about protecting our animals and our environment, it’s about us,” Summer, a 22-year old youth activist said today. 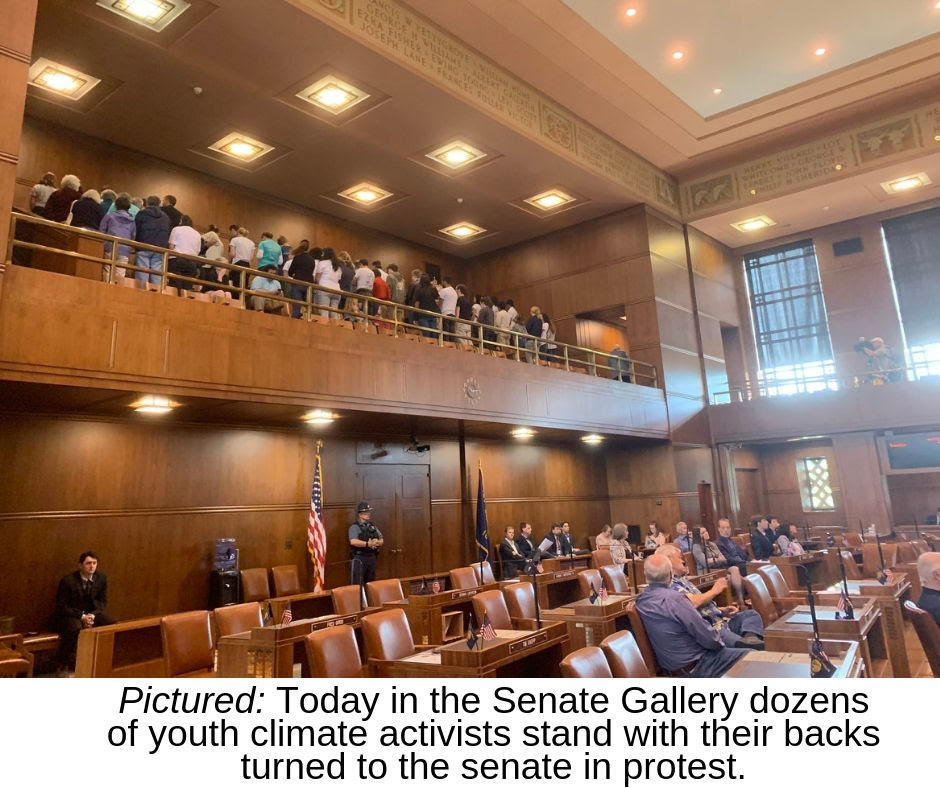 Today in the Capitol, the young people showed up, as they have been doing for months and even years. In the Senate Gallery, on the Capitol Steps, outside the Senate offices, the young people showed up. They sang protest songs and, one at a time, shared why they were there. “Because all of our lives are threatened,” Summer said, “and they’re trading that for political gain. And it’s not worth it.”

Let’s not give up! Send a message to your Senator using our online tool: if they’re a Democrat, the tool will help you thank them for standing strong, and encourage them to not give up–because we have the votes to pass HB 2020. If they’re a Republican, the tool will help you demand that they return to the Capitol so we can finally vote on HB 2020 and all the other bills that have been held up by their absence.

Help us demand that HB 2020 goes to the floor. We have the votes, and we just need to see it on the floor to prove it. Send a message to your Senator and help us make this happen.

Thank you to everyone who attended the rally today, especially the young people, who gave me more hope today than anything I have seen, possibly ever. And thank you to everyone who has taken action so far. We are stronger together. Let’s take inspiration from those who have the most on the line–young people and future generations. We are not giving up–not now, and not ever.